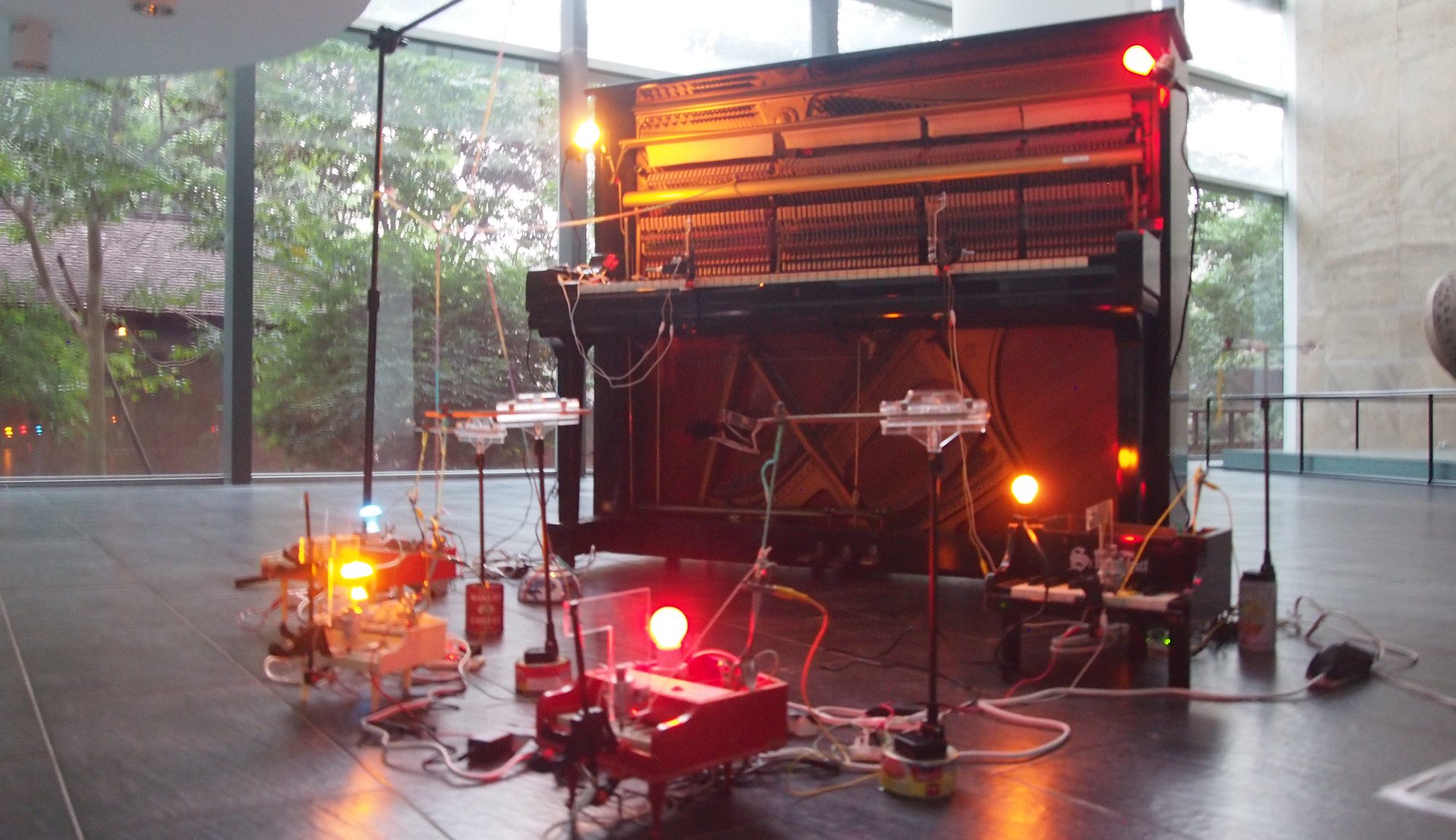 The work consists of an upright piano and four toy pianos and the aim is to realize a concept of an ‘Air-prepared piano’ to ‘Expand the user interface of the piano’ by adding ‘Recursiveness to the interaction’.

‘Air-prepared piano‘ is an idea to expand the concept of John Cage’s ‘Prepared Piano’ by extending the physical movements of pianos into the performance space by connecting the hammers of an upright piano to the keys of the toy pianos to generate space between the piano sounds.
To ‘expand the user interface of the piano’ is the idea to try and exaggerate the behaviors of keys as a piano interface without players. Extending the movements of the piano’s parts highlights the complicated structures and counter-intuitive mechanisms of the piano.
‘Recursiveness of the interaction’ means how the work is defined by the recursiveness of its processes. When a key is hit its movement turns on a switch, such that a different piano is played. If this simple condition is continually satisfied, a process of music generation takes place. That is to say, the interaction takes place over an arbitrary length of time as defined by its one and only condition being recursively satisfied.

The five pianos are connected to each other by wires and their keys are moved by solenoids. When a key moves, wires attached to the keys and hammers move switches. Circuits of switches move the solenoids, and these movements transition from piano to piano.

It is a little similar to a ‘Rube Goldberg machine’ , but this work is much more recursive. The title of the work echoes the ‘Tower of Hanoi’, which is a mathematical game that uses a recursive algorithm – as this work plays with the idea of recursiveness, it is named after the game, especially as the work was made for the Hanoi New Music Festival in Vietnam in 2018.