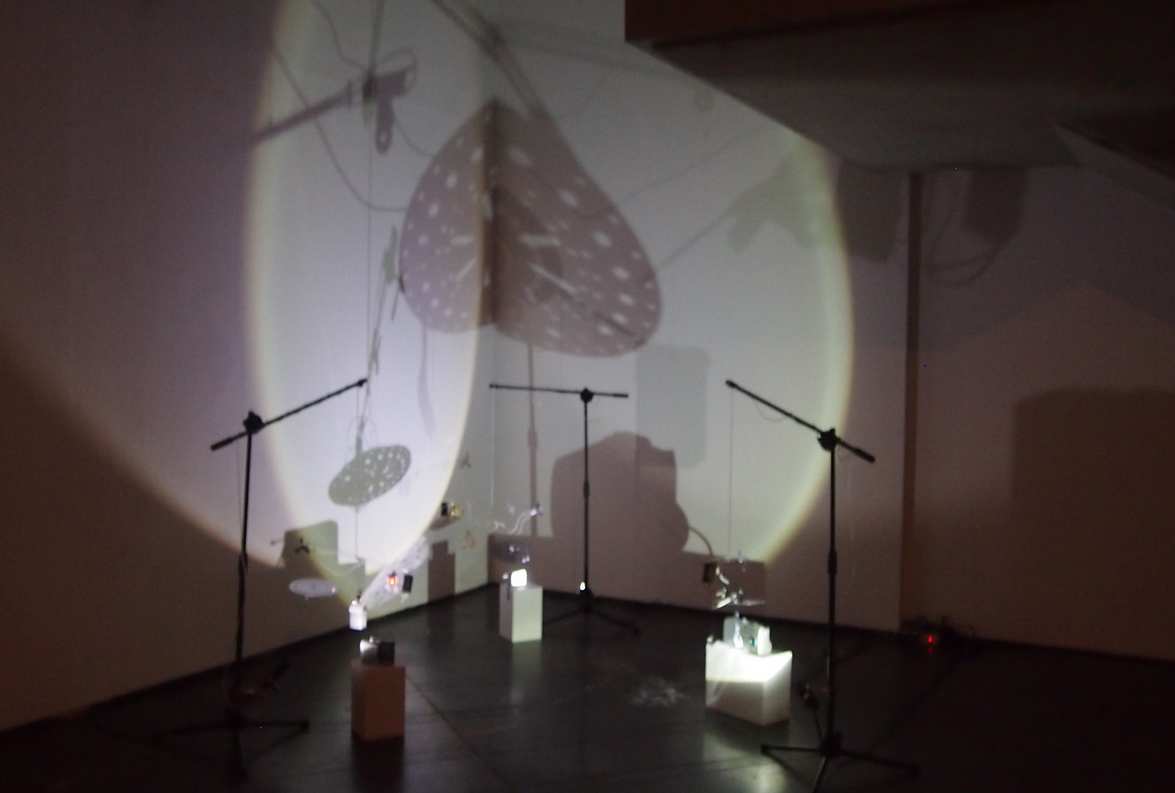 The installation is consisted on AM radios, strong LED flash lights and mobile sculptures w
hich contain a motor with a circuit and daily objects.

“Three Worlds”, the title of this work is borrowed from a M. C. Escher lithograph.
In his work, the three worlds mean “under the water”, “surface of the water” and “reflection in the water(real world)”.

For this installation, the three worlds are
“the physical space” in which the mobiles objects and audiences exist,
“the shadows” created by the mobile objects and lights,and
“the electromagnetic fields” generated by the works motors and AM radios.

These objects were placed under the stairs.
First audiences approached from stairs saw only large moving shadows
and heard the humming of the radios as they went down the stairs.

When audiences reached floor level they were faced by the small mobile objects.
If they looked them carefully, they realized there were some everyday objects
and kitchen utensils are attached to keep it in balance.

As these Mobile were rotated with inertia, when the mobiles were lit by flashlights,
their shadows looked like a galaxy or a universe.

With light, shadows and the movement of the mobile objects,
it was hoped that the perceptions of the audience would have been disturbed by these (in)visible forces.